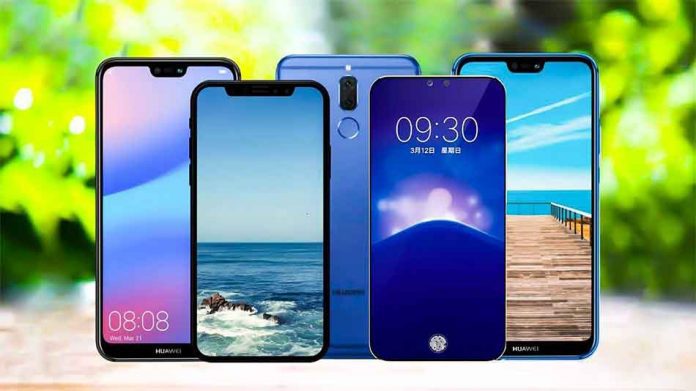 Smartphones have become an integral part of our lives. We use it for our work and entertainment. Early there was a huge difference in the quality and user experience of mid-range and high-range phones but the gap is closing every year. Today the best mobile under 20000 offer most of the features that are offered in high-end models.

You can get an excellent phone with a great camera, good build quality, and excellent processing speed.  Most of the phones in this category accept 2 nano-sim cards. Connectivity options include Wi-fi, GPS, NFC, Infrared, USB Type-C, and has 3G and 4G options.

If you are looking for reviews and popular opinions on top 10 phones under 20000 you can take a look at Vocalley or go through this article where we’ve put together a list of best phones that will fit your budget!

Poco phones were first launched in August 2018. It changed the market overnight by offering high-end phones in mid-priced range. Poco X3 was launched 2 years after their first phone was launched. Poco X3 has robust build quality. The phone has a fantastic display of 1080×2340 pixels. It comes with an impressive 6 GB Ram.

The battery, speakers, and build quality have improved greatly. The touchscreen is very responsive. Gaming addicts will be satisfied with the phone’s performance. The new Qualcomm Snapdragon 732G chip allows them to enjoy features like HDR visual, game jank reducer, and more. The camera offers users a decent performance

Realme 7 Pro was launched on September 3 this year. The impressive features make it one of the

best phones under 20000 in India. Realme 7 has a hole-punch display design. The phone has a 6.4 inch full HD + super amoled display with 1080 x2400 pixel resolution. The screen has a protective Gorilla glass. The rear cameras on the Realme 7 Pro include a 64-megapixel main camera, an 8-megapixel ultra-wide-angle camera, a 2-megapixel depth camera, and a 2-megapixel macro camera.

The camera takes good daylight photos but average low light photos. It runs on Qualcomm Snapdragon 720G runs smoothly. The in-camera fingerprint display runs smoothly. The battery 4500 mAh is adequate. It is easy to use and has a fantastic display. The phone offers great value for money and is one of the best mobiles under 20K. The Realme 7 Pro 6 GB RAM, 128 GB phone is 19999 and 8 GB RAM, 128 GB phone is 21999.

The Samsung Galaxy M31s was launched in July 2020. Its attractive features make it a contender for the top 10 phones under 20000. The phone has a 6.5-inch Infinity O-amoled display. The phone has a unique side-mounted finger mounted scanner. Aslo, The phone has Samsung Exynos 9 Octa 9611 Chipset offers a seamless user experience. The phone has a massive 6000 mAH battery and is equipped with fast charging technology. Phone has a quad-camera with sensors.

The primary camera is 64 megapixels. It also has a 12-megapixel wide-angle camera and a 5-megapixel macro camera. The camera performance was average. The new Samsung Galaxy has 6 GB Ram and 128 GB storage. The Samsung Galaxy M31s is priced competitively at 18499 is excellent value for money. With performance and user satisfaction assured it is a strong contender for best mobile under 20000.

Motorola One fusion was introduced in India in June 2020 it was priced competitively at Rs. 17499/-.Feature ridden phone makes it top 10 mobiles under 20000. The phone has a 6.5-inch display 1080×2340 pixels display. Phone has loud bottom-firing speakers. The phone boasts 6 GB RAM and 128 GB storage. Motorola One Fusion has a unique pop-up selfie camera has the best camera phones under 20000.

The phone has Qualcomm Snapdragon 730G processor that can handle your gaming and workload with ease. The 5000 mAH battery has an excellent life. The Motorola One fusion has two nano sims and has Wi-fi, GSM, Bluetooth, and USB-C connectivity. Reviewers impressed with the performance consider the Motorola One fusion one of the strongest contender best smartphones under 20000.

Readme has always come out with strong phones for the mid-price segment. The Readme Note 9 Pro is priced at 15,499 for the 6 GB RAM and 64 GB Storage. The impressive phone has a 6.67-inch display with Qualcomm Snapdragon 720 G display is a powerful processor that makes it one of the top contestants for best phones under 20000 in India.

Readme Note 9 pro comes with a 5020 mAH battery has a useful 33W fast charging facility. The camera set-up gives satisfactory performance. Readme Note 9 pro has improved its performance from its predecessor making it one of the best phones under 20k.

The Realme 6 Pro was launched in March 2020. It is powered by Snapdragon 720 G chip and a quad rear camera. It comes with a massive 8 GB Ram with 64 GB storage. The phone has an attractive 6.6-inch LCD. The power-packed features make it one of the best mobiles under 20000. The phone comes with a 4300 mAH battery with fast charging facility. Realme 6 Pro has

two front-facing cameras. The camera can take excellent pictures in the dark and is one of the best camera phones under 20000.

Poco X2 is an affordable offering from Poco phone. Also, Poco has always offered some of the best phones under 20000 in India. The phone is powered by Qualcomm Snapdragon 730G processor. The phone has Gorilla Glass5 making the screen sturdy.

The Samsung Galaxy M31 has a 6.4-inch display. The unique AMOLED display makes the phone one of the best phones under 20000 in India. The phone has an amazing 6,000mAh battery that it packs. The phone has Samsung OneUI 2.0 processor. It comes with 6GB of RAM Samsung offers two variants 64GB and 128GB for storage. The Galaxy M31 is a dual SIM device with support for 4G as well as VoLTE.

It runs on top of Android 10. We found the Galaxy M31 to have a fair amount of bloatware onboard. Galaxy M31 primary camera is 64 megapixels. It also has an 8-megapixel camera and a 5-megapixel micro camera. It is impressive features and brand name make the phone one of the top 10 mobiles under 20000. Priced at 17499 the Galaxy M31 is good value for money.

Realme X2 has a 6.40-inch, 1080×2340 pixel with a super AMOLED display. The phone runs on the incredibly powerful Qualcomm Snapdragon 730G SoC. The processor itself makes it one of the best phones under 20k. The 32-megapixel front camera and 64-megapixel sensors take satisfactory pictures.

Gamers found the phone performance satisfactory. Realme X2 offers a 4000 mAH battery with a fast charger. The phone comes in three variants ranging from 16999 to 20000. This flexibility makes it one of the best phones under 20000 in India.

The Vivo V17 has a sleek look with a 6.44-inch display. The phone has hole-punch design for this smartphone The phone has a massive 8 GB RAM and 128 GB Storage. The phone has Qualcomm Snapdragon 675 SoC processor. Its strong performance has made it come under the top 10 mobiles under 20000.

11 Amazing Things You Can Do With Google Home

365TradingFX Review 2021 | A Complete Overview of this Broker

Your Website May be At Risk! Learn How to Protect It

Luffy PFP: The Best Profile Pictures of the One Piece Protagonist

RichmondSuper Reviews – How I Managed To Benefit From This Platform?

What is the Best Internet for Higher Study in the US?

admin - October 2, 2022 0
The Pokemon GO Shiny Grimer Spotlight Hour has begun and spawns of the poison-type and sludge-type Pokemon can be found all over the place....