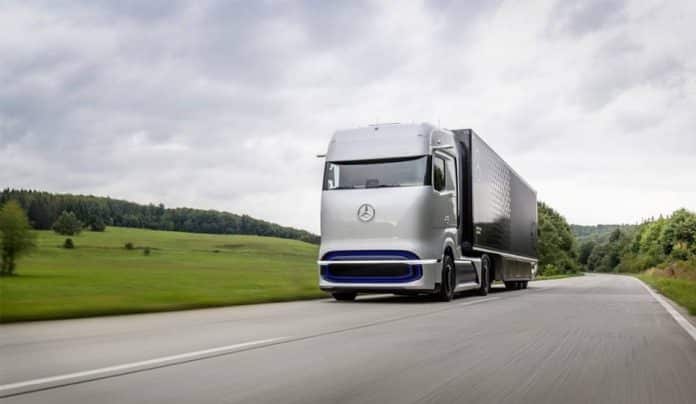 The trucking industry is one of the strongest entries to the middle class available for non-college graduates. The salaries start around $30,000 and can top off at $80,000 or more. While the profession demands a great deal from the driver, including extended periods away from home, the rewards outweigh those demands for many.

Trucking carries over 70% of freight shipped in the U.S. This volume is not likely to decrease soon, because trucks can go places planes and trains cannot. Over-the-road truckers, who frequently drive cross-country, tend to make the most money.

The development of self-driving trucks has caused concern that the job of a truck driver will become obsolete. For the next few decades, however, that will not be the case. While the job may change, people are needed in the cabs of the trucks which cross the nation and make local deliveries.

Self-driving trucks currently in development require a driver to also be present. The technology is designed for standard cruising on the highways. The truck will remain in the right lane, and proceed at the appropriate speed for clear conditions. Only the driver can determine when to pull left for passing.

In addition, the sensors which enable autonomous driving do not work effectively in bad weather. A driver is needed to take control of these conditions. Current autonomous vehicle developers also build drivers in for getting on and off the highway and local driving.

Platooning is another technology that will assist the trucking industry, but not necessarily endangers the driving profession. Platooning allows a convoy of two or more trucks to be controlled by the lead truck, which has a human driver.

The driver manages the electronic connections between all the trucks in the convoy. The following trucks mimic the movements of the lead vehicle.

Platooning would also increase fuel efficiency. The following vehicles would have better diesel mileage because of aerodynamics — the reduced air resistance helps.

Because of weather and the need to pass safely, following trucks still requires a human presence. Yet, the drivers are more rested than if they had been driving steadily, lowering the risk of an accident. 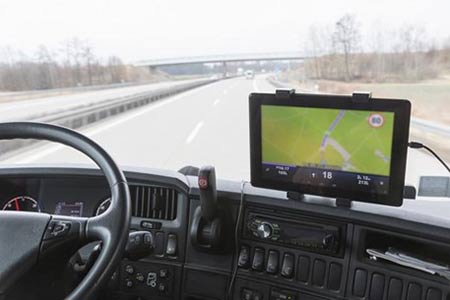 Trucks and cars currently have many self-driving features. Cruise control is a prime example of such a feature. Cruise control ensures the vehicle travels at a steady pace, which lowers gas mileage, and advanced cruise control systems include sensors that slow the vehicle down when another vehicle is too close in front.

As the number of autonomous features increases, greater will be the need for cyber security. Drivers must determine and respond to potential threats in ways that remote systems cannot. If a system is hacked, the accuracy of information can’t be determined from afar.

Vehicles are vulnerable through many paths. Infotainment and Bluetooth systems are both vulnerable gateways. A vehicle’s electronics are sourced from many different vendors, meaning that no one controls all the source codes in the systems.

Truck drivers will find that cyber security will become part of the job. This addition will require training and retraining. Because a computer hack means the computer system is no longer working properly, the computer may be sending false information. The eyes and ears of a human, while certainly fallible, can also ensure rapid response to actual problems.

Thus, if a hack causes the truck to speed up in a residential area, the driver can override the systems and bring the truck to a safe stop. 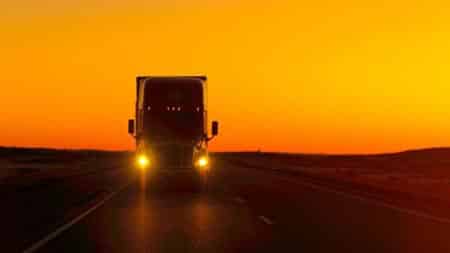 The lead developer for Daimler’s self-driving truck, Derek Rotz, does not expect trucking to be driverless anytime soon. One of his vehicles received the first self-driving vehicle testing license in 2015.

As a practical matter, the nature of the vehicle indicates the need for a person in the cab. Trucks are much more massive than cars, so they also are loaded differently. The vehicle dynamics, therefore, will be different from a car’s. Self-driving cars may be more manageable. The sensors are subject to more wear-and-tear on a truck than a car, too. Trucks are designed for constant long-haul work, with many exceeding a million miles. The human can inspect the truck and ensure the systems cannot be hacked.

Driving systems in self-driving trucks also must be perfect to overcome public suspicion of robots. While this is more of a perception concern, perception is important. People may intellectually know that 90% of truck-related accidents are caused by driver error — either that of the truck or another vehicle. That knowledge, however, may not affect the pang of fear arising from seeing a fully-laden truck passing with no driver in it.

The systems will have to respond instantly to “edge cases” — the odd happenings which occur to all drivers. A deer bounding across the road presents one such edge case.

Currently, there is a shortage of truck drivers in the U.S., and that shortage is expected to grow. Many analysts, however, do not see that major job losses will take place for several decades, if at all. The truck-driving job may change, of course. One firm is looking at mechanisms that allow the driver to control the vehicle from a control room, rather than a cab. This ability would allow the driver to work closer to home.

Truck drivers also trained as technicians may boost the appeal of the job to digital natives — millennials and their successors. Automation means more attention to the computers rather than driving the vehicle, but the combination should provide satisfaction for more people. Truck drivers may also become more autonomous logistics managers to ensure they can manage and deliver cargo.

In many ways, it is too early to determine the obsolescence of the truck driver. Too many unknowns are currently in play. It is probably inevitable that trucks will become more self-driving, but how that inevitability comes about is still to be written. Trucking companies will need to undertake significant expenses to run fully-automated fleets. Owner-operators also need to manage the expense, which will be greater, proportionally, for them rather than the fleet operators. Additionally, the population will have to be satisfied that the robots on the roads are completely safe.

For the foreseeable future, therefore, the job of the truck driver is not obsolete. As with many jobs, drivers will need to be flexible to make changes. But humans will be in the cabs for the next few decades.

How To Retain And Attract New Customers: The Cleaning Business Industry

Where You Should Be Looking for Talent in 2023

Can I Use a Gaming Laptop for Programming

Do Boutique PR Agencies Have Specialties