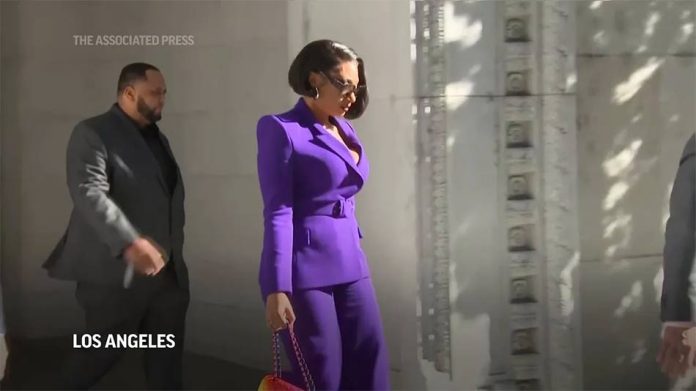 A highly recognized and renowned Grammy-winning rapper. Megan Thee Stallion, testified this month in the assault trial of fellow rapper Tory Lanez. Claiming that she still suffers from nerve damage from when he shot her in the foot during an argument back in 2020.

Mr. Lanez, the actual name is Daystar Peterson. Was found guilty of three felony charges on Friday, including assault with a semiautomatic weapon. He might be deported and sentenced to more than twenty years in jail for his crime.

Both rappers used social media and created songs that addressed the matter before it went to trial. Megan Thee Stallion has spoken out against reaction memes on social media. In interviews, and in her own defiant music. Mr. Lanez responded to her story on an album that came out in 2020, more than two months after the meeting.

Megan Thee Stallion said that the aftermath of the incident left her despondent and hampered her professional prospects. She claimed to be a private person who just came up because she had to defend herself after receiving online harassment.

“Because Tory has gone out and said so many falsehoods about me, and made this all a sex scandal,” she added. “I feel like a sick bird,” she said.

On the other hand, during the trial, Mr. Lanez didn’t testify. During closing arguments, his lawyer suggested in this Megan Thee Stallion Tory Lanez case that Megan Thee Stallion had fabricated evidence against Tory Lanez in order to get publicity. According to what he stated, “The prosecution doesn’t come close to establishing the case.” Their argument is riddled with inconsistencies and wild assumptions.

Megan Thee Stallion, real name Megan Pete, revealed on Instagram a few days after the incident that she had “suffered bullet wounds” and needed surgery, but gave no other information. Despite the growing rumors, she eventually revealed that Mr. Lanez had been detained and charged with hiding a weapon in the car and admitted to being the shooter.

Major Evidence in the Case

The text message that the prosecutors claim Ms. Harris texted to Mr. Lanez’s bodyguard on the night in question, writing “Help” and “Tory shot Meg,” is the focus of the investigation at this point. Another piece of evidence was a text in which Mr. Lanez expressed regret to Megan Thee Stallion just after the incident.

She claimed Mr. Lanez yelled “Dance!” and a sexist slur at her after she stepped out of the car, at which point he opened fire. He later expressed regret and offered a million-dollar settlement in exchange for her silence and that of her friend, Kelsey Harris.

However, when the police came, she told them that she had walked on glass, which led to the pain she was experiencing in her feet.

Mr. Lanez, who is now 30, has not testified or given interviews detailing his story of the events of that night. Mr. Lanez rapped on the song “Daystar” from the album 2020, which he titled after the incident and on which he commented on it. He said, “If you got shot from behind, how can you identify me?””

During the closing arguments of the case between Tory Lanez and Megan. Thee Stallion, his lawyer, George Mgdesyan, said that the dispute in the SUV was between Ms. Harris and Megan Thee Stallion and that it was sparked by Mr. Lanez’s revelation that he had had sex with both women. Mr. Mgdesyan said that “jealousy and a sexual connection” were at the heart of this case.

It was stated by Mr. Mgdesyan that there was insufficient physical evidence to convict. Mr. Lanez beyond a shadow of a doubt. According to the testimonies of the experts, no evidence of Mr. Lanez’s DNA was detected on the magazine of the weapon.

Why Made in India Mobile Phones Gaining Popularity?

Major Benefits and Risks of Artificial Intelligence – How it Benefits or Harms our Society?

Stephen Mills - June 20, 2022 0
Businesses are using solutions to verify customers because they provide accuracy. However, in the case of companies’ verification, the situation is different. Where technological...